WiredTiger is the default storage engine starting in MongoDB v3.2.  In the diagram below, the red arrows show the flow of data through compression/decompression steps among the WiredTiger cache, file system cache and data files.

When experiencing performance degradation, users always intend to tune the WiredTiger cache size.  It is recommended to use the default value unless you have a small working set that can possibly fit into WiredTiger cache or the compressed data size can fit into file system cache.  In most production environments I have seen, the amount of data is much greater than RAM can contain and often allocating most memory resources to a component does not improve performance.

Open http://hostname:5408/wt in a browser and four charts showing data inside the WiredTiger cache are displayed as below.  The animation refreshes every 5 seconds. 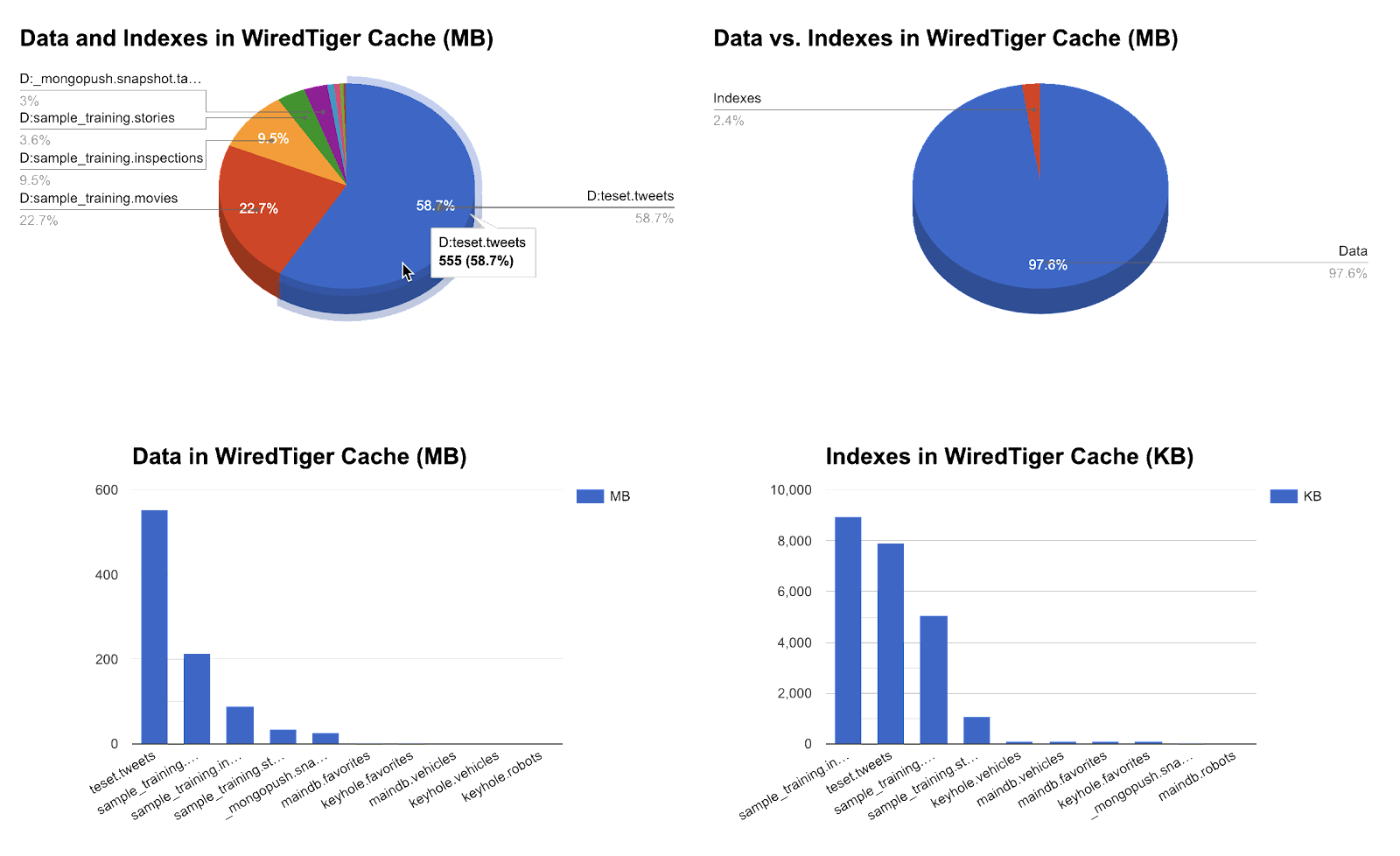 The Maobi project was created to generate HTML reports by reading stats collected by Keyhole.  The word maobi is a phonetic translation of Chinese paintbrush or ink brushes, which are commonly used in Chinese calligraphy as well as Japanese calligraphy.  They are also used in Chinese painting and other brush painting styles.  When I was little, it was required in school to use an ink brush to write or to paint pictures.  It took practice and effort to create something pleasant to the eyes. The idea of naming the tool Maobi was a reflection of the time we all spent on preparing reports and presentations. Keyhole started as a command line data collecting and analytics tool. With more data to be presented, it became difficult to include all metrics within a terminal window. So, the project began. Maobi is like a coworker Keyhole can only dream of, one who is smart, friendly, stylish but not flashy, and has contributed greatly to Keyhole’s popularity. Installation The easiest way to
Read more